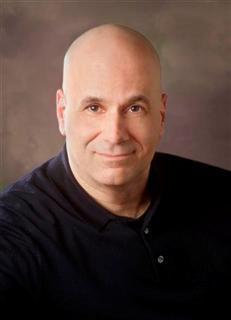 Fishing is very popular down in the Florida Keys, and one of the favorite catches for fishermen and tourists, is called the bonefish.  Most people fish it for sport rather than food, and there is an art to catching one.  If somebody from New England goes down to the Florida Keys to fish for bonefish, that person would probably do what I was at first tempted to do:  bait the hook with shrimp, cast out, and wait for a nibble on the line.  As soon as that nibble comes, we New Englanders start to reel the fish in, like we do with Cod and Haddock in our cold waters.  However, more often than not, the hook will return to us empty, and our frustration will build as we keep trying the same ineffective way of fishing for bonefish.

If you were to call the local fishing guide over and ask him to show you how it’s done, here’s what you’d see. He’d bait the hook with shrimp, cast out, and wait for a nibble on the line. But once he felt that nibble, he wouldn’t try to hook the fish right away. Instead, the experienced guide would start stripping line off the reel. After a minute or two, the guide might turn to you and say, “Now’s good. Are you ready for it?”  Then you would reel it in.  So why would the guide strip-line the fish instead of trying to reel it in from the start?

As it turns out, bonefish feed on shrimp found on flats in shallow waters. As soon as they get one, they hightail it out to deeper water to avoid those big pink birds known as flamingos. Flamingos are predators, and they will swoop down and try to eat the bonefish for lunch while they’re hunting for shrimp in shallow water.  To avoid becoming Flamingo fillet, the bonefish seeks safety in deeper water.  Once it’s alone and safe, it finally swallows the shrimp and the hook. With the hook inside the fish, you now can set the hook to reel it in.  If you’re impatient and you try to reel the fish in too quickly, it’s nearly impossible to catch a bonefish.  Their strategy to avoid becoming food themselves is to hold the shrimp in their mouth while running to safety.  The bonefish doesn't swallow the crustacean, or the hook for that matter, until it finds shelter in deeper water.  If you try to reel them in right way, the hook will just come loose, and you come up empty handed.

The fishing technique I just shared with you is known as strip-lining, but I’m not just sharing fishing stories.  This concept is a powerful metaphor to illustrate what happens when you integrate it into your selling techniques to uncover a prospect's pain.  Strip-lining becomes even more effective when combined with a little lesson from the great physicist Sir Isaac Newton, who said that objects at rest tend to stay at rest and objects in motion tend to stay in motion.  When you think about it, Newton's theory even applies to selling. As shown by the illustration below, prospects generally tend to be in one of three general positions.

Prospects can be neutral.  A neutral prospect would be a pendulum that’s not moving. They can be positive, like the pendulum that’s moving to the right, toward the positive, toward potentially buying and closing on doing business with you.  The third position would be negative.  The pendulum is swinging to the left, toward the direction of not doing business with or buying from you, ending with no deal or negative results.

Salespeople have all been in front of positive, negative, and neutral prospects. Most salespeople feel that positive prospects are the easiest to sell.  It’s true, they are. when you rely only on traditional selling approaches.  Once you learn Negative Reverse Selling®, particularly strip-lining, both positive and negative prospects are much easier to sell.  Negative Reverse Selling means acting in a manner that is the exact opposite of the way the prospect expects you to act.  An example would be salespeople sounding like they are trying to talk prospects out of buying their product or service.  Yes, it sounds counter-intuitive at first, and maybe even dumb, but believe it or not, this can work when done correctly.  Strip- lining is a specific technique under the Negative Reverse Selling umbrella. Let's take a closer look at this sales tool, and discuss the prospect who is perhaps the toughest to sell.

SELLING TO THE NEUTRAL PROSPECT

Most of the time, you will find the toughest prospects of all to sell to are the neutral ones whose pain you haven’t yet uncovered. Why? Because they’re stagnant, not moving, not going anywhere. The neutral prospect is not emotionally involved and has no strong feelings, either positive or negative.  At least when prospects are positive or negative, they’re feeling something. So what do you do with a neutral prospect? You need to get him swinging one way or another on the emotional pendulum.

Want to learn more about Negative Reverse Selling, and other Sandler selling techniques? Check out our upcoming workshops and sign-up for one at no cost to you. Here's a link to our Eventbrite page, where you can find a workshop on a date and at a location convenient for you. Be sure to use the Promotional Code:  CrashAClass  to attend free of charge.