What Does Jay Know That The Others Don't? 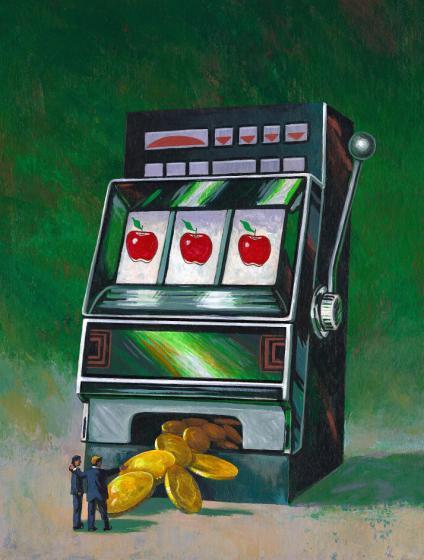 Jay works for a well known financial institution—one of the troubled firms that has recently been in the news. Jay is no novice to the investment world. However, he has been with the firm for less than two years. Around the office, he is still one of the “new kids on the block.”

So, how is Jay doing in today’s rather turbulent economy?

Better than many of his colleagues who have been with the firm for a considerably longer period of time—two, three, four times as long.

How can that be?

Did he bring a large book of business with him when he joined the firm?

Does he have a large group of influential friends and contacts?

Does he come from a well-to-do family that associates with high net worth people?

Did he inherit a large book of business from another broker who recently retired?

So how is it that Jay is continually bringing in new investment assets while his colleagues are struggling to maintain their current accounts? Jay’s success can be attributed to two things: 1) not paying attention to the daily stream of bad news; and 2) working every day. Not just going through the motions—but actually working.

Jay’s daily behavior—his work ethic—is not a function of the current economic condition or a headline on the front page of the Wall Street Journal. It’s a function of his aspirations—to bring in a specific amount of investment assets in a given period of time and to be the very best at what he does…period.

Jay works diligently every day regardless of the economic news and the stock market reactions. When the firm was purchased by another institution and his colleagues were sitting at their desks wondering if they would still have a job the following week, Jay was out prospecting for appointments. Good times or bad, Jay’s business development activities remain constant: prospecting for new opportunities by networking, obtaining referrals, and doing something relatively unheard of today—making cold calls. That’s right—cold calls via telephone and in person.

To adjust to the existing market conditions, Jay didn’t change his proactive business development behavior. Instead, he changed his focus. He reevaluated the market potential and needs and directed his efforts to a different market segment with different financial instruments. When asked why he was out prospecting while his colleagues were back in the office waiting (and hoping) for someone to respond to the latest marketing mailing, Jay responded, “There’s business out there…somebody’s going to get it…it might as well be me.”

And the answer is...

Tom was meeting with a prospective client. After some cordial conversation, the prospect asked, “So, what can your accounting firm do for us?”. Tom, having been taught not to dump information early in the selling process replied, “At this point, I’m not really sure. Would it be OK if I asked you a few questions to get a better sense of your situation? Then I can talk about the specific aspects of our service that are most appropriate.”

So, what did Tom do wrong? In this situation, the prospect’s real question was, “What can your accounting firm do for us?” From the prospect’s perspective, it most likely looked like Tom deflected the question, like he didn’t want to or wasn’t prepared to answer. Deflecting the question can cause the prospect to feel manipulated. After all, he asked a question and didn’t receive an answer.

There are situations where it is OK to directly answer the prospect’s question. The rule is: answer the question when it can’t hurt you or it can help you.

It’s OK to tell a prospect what you do or how you can help from a conceptual or big picture standpoint. That can’t hurt you. What you should avoid is providing detailed explanations for specific solutions to problems that have yet to be fully defined. That will hurt you. There will be plenty of time for specifics and details if the opportunity progresses far enough along for a formal presentation or proposal.

How could Tom have responded so it would help and not hurt his efforts? If he did his homework before the appointment, then he would know which aspects of his company’s service are most likely to be of benefit and interest to the prospect. He would then incorporate those elements into his response. Here’s an example:

Prospect: “So, what can your accounting firm do for us?”

Tom: “That’s a very good question. Typically, when I meet with manufacturing firms like yours, they are most often concerned with two areas: 1) more accurately allocating and amortizing production costs in order to be in compliance with profit reporting standards; and 2) reducing the time and expense of generating quarterly shareholder reports. Which, if either of those, is a concern of yours?”

Tom gave a big picture answer that focused on two areas where his company has special expertise. His answer put the ball back in the prospect's court. Now, it was up to the prospect to decide which area to discuss.