November 17, 2016 by Greg Nanigian in Self Development 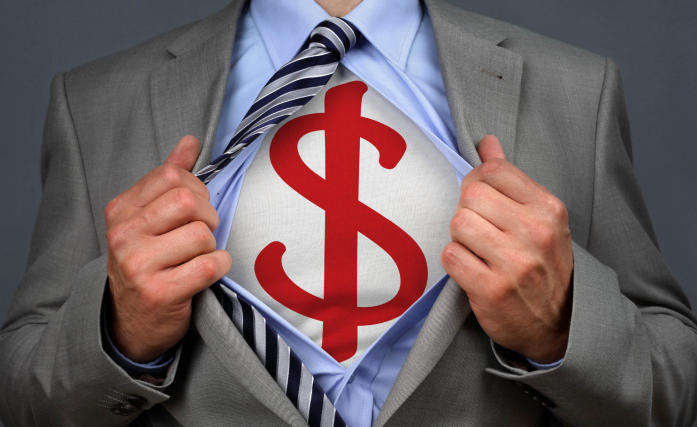 “This is a waste of time,” exclaimed Fred, late Wednesday afternoon.

I didn’t think he was talking to anyone in particular, but I just happened to be in the office at the time.

He looked up to find me staring at him.

“Oh,” he said, “I thought everyone had gone. Trying to get referrals is a waste of time. I’ve been on the phone the past two days, and you want to know just how successful this has been?”

Not being his sales manager, I nodded “yes,” not quite sure that I really wanted to know.

“Well, I’ve gotten two. Two lousy referrals after calling every last customer I have. I was supposed to get twenty referrals. What a gigantic waste of time this has been. I suppose you think I’m not trying hard enough.”

Now that was the last question I wanted to answer and fortunately, before I could say anything, he kept up his monologue.

“Doing this by phone won’t work. I’m a people person. You know, face-to-face, belly-to-belly. Sure, it’s old-fashioned, but that’s how I could do it. Why they pulled us in off the road to waste time this week is beyond me. I’ll tell you one thing I’ve learned.”

I was edging my way out of the office when Fred went on.

“The one thing I’ve learned is that I can’t use the phone to get referrals. That much I’ve learned. The next time someone has the bright idea to pull us in, well, I’ll just stay out. Two! A lousy two for two days of solid work.”

Fortunately, when I came in the next morning, Fred had made good on his promise to get back on the road. I’ll tell you one thing, he sure convinced me that he’s no good on the phone. I can’t help but wonder what he’s going to do when he finds out his current sales manager is being “surplused” and I’m pulling in everyone three weeks out of four to cut down on travel expenses.

Too bad if Fred can’t work inside. The word has come down to cut. Either I keep salespeople and cut travel, or I cut both. Since Fred is so bad on the phone, perhaps he’ll be the first to go when the next wave of cuts comes down from on high.

Fred believes that he is no good on the phone getting referrals. Is he?

When a goal is not reached, the task being performed is usually blamed for the failure. For example, in this story Fred believes that asking for referrals does not work, despite the fact that he did get two referrals. His sales manager had set, for Fred, the unreachable goal of 20 referrals. Since he didn’t get 20, Fred deemed the task a failure. Because his perception of this task is that it is doomed to failure, he sees no point in doing it in the future.

This ludicrous thinking goes on all the time in sales. If the goal is not met, the task is blamed. Ridiculous!

Regardless of how near or far one is from a goal at whatever point in time, focus on what has been gained rather than how much farther one has to go. Remember that Fred did have two referrals which was more than he had before. This is good. This is ok. Yes, it would be great if he had eight more. But that’s not what’s important. Getting referrals is what’s important.
Don’t blame the task if the goal was not met. Change the goal and try the task again.

If you always focus on how far you have yet to go, it will always belittle how far you have come. If you're not satisfied with your sales, we invite you to participate in one of our workshops for FREE as our guest - along with paying clients. In other words, these are real training workshops, not promotional programs. Join us on Wednesday, 11/30/16 in Braintree or Friday, 12/2/16 in Woburn for a sales workshop called "Goal Setting and Your Prospecting Recipe for Success" that will help you improve your prospecting. Register today at https://www.eventbrite.com/e/goal-setting-and-your-prospecting-recipe-for-success-braintree-tickets-29028779862 or https://www.eventbrite.com/e/goal-setting-and-your-prospecting-recipe-for-success-woburn-tickets-27357264314.