The Dummy Curve in Action 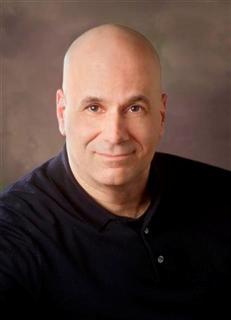 In our last blog, we talked about how you can have  “Beginners Luck”   forever, by being a dummy.  Well, a clever dummy, much like our favorite detective, Lt. Columbo. If you ever watched the hit TV series, Columbo, you know he was a master at disarming his suspects by looking and acting like he was a dummy. And Columbo always got his killer.  You can do the same thing in sales by disarming your prospects when you play the dummy salesperson.

Mastering the Dummy Curve takes time and practice. It is a process that unfolds over the course of your sales career. As you get better with using the Dummy Curve approach, you will accelerate your growth as you learn to put your prospects at ease and uncover their pain. Let’s take a look at an example of the Dummy Curve in action:

Carlos is a salesperson and he works in the heater section of a department store. Carlos is a college kid, working a summer job in New England. As you might know, New England summers are pretty warm. Not many people are shopping for home heaters in July. Carlos patiently waits for a customer to stroll in, but because he’s had no prospects for hours, and tired of standing, he sits down on a bucket to rest.

Finally, a little old lady walks over and asks, “Do you have heaters?” Carlos gets off his bucket and says, “Why yes, we do.”  He takes her over to the heaters and they go through them together. They’re reading the boxes and pulling out the instructions. He’s learning right alongside her, which strengthens their bond and builds rapport between them. Before long, the lady says, “I’ll take this one. Now, where do I pay for it, son?” Carlos says, “Well, just over there; let me walk you up.”  He hauls the heater over to the register, somebody rings her up, and she goes on her happy way.

Three weeks later, corporate calls the department store manager and says, “Hey, your heater sales are up 300% over the same three weeks last year. What’s going on down there?” The manager responds, “Well, we have this kid named Carlos, he sits on a bucket.”  Corporate then retorts, “Well, send him down here to heater school. He’s doing great. Let’s make him even better.”

So Carlos goes to heater school and learns about BTUs, radiating heats, and much more, bulking up his heater product knowledge.  When he comes back to the store a week later, he sits back down on the bucket, only this time he’s leaning forward.  Another little old lady comes into the heater department.  Before she can even say anything, Carlos jumps up off the bucket and says, “Can I help you?”  “Well, yeah,” she says, taking a step back, “I’m looking for a heater.”  “Oh boy, do we have heaters!”, Carlos says enthusiastically.

Carlos shows her all the products and gives her the dog and pony show, talking about the fifteen different types of heaters he has in the store.  He’s going on and on, layering features on top of benefits, bombarding the lady with all the information that he learned at heater school.  Finally he stops and asks, “Do you have any questions?”  She says, “Only one.” Carlos responds, “Yes? What is it?”  She says meekly, “Will it keep a little old lady warm?”   Carlos isn't sure what to say.  Worn out, the little old lady walks away and doesn’t buy a heater.

Over the next three weeks, Carlos’s sales are way down.  As he’s sitting on his bucket, he starts to question why his numbers plummeted.  “I was doing so well,” he thinks to himself.  “Then I went away to heater school. When I came back presenting my product knowledge, I did worse. Hmm. I’m going to go back to what I used to do in the beginning. Ask lots of questions, listen a lot, and not talk so much.”

Carlos reverts back to doing a few of those things he did prior to the product training, on purpose, such as asking questions instead of delivering product and feature monologues. Suddenly, he notices his heater sales are rising again.  Carlos answers prospects’ questions very politely with his own questions, and in the process he finds out the real intent of their questions.  Carlos is uncovering pain.  He notices that more people bond with him and more people buy instead of excusing themselves by saying, “I’ll think about it.”   He does even more of these “dummy” things on purpose, and crashes through his prior weeks’ goals, at which point the corporate office calls to congratulate him. Carlos finds that he’s not working as hard, and he is selling more.  Pretty dumb, eh?

Want to learn more about The Dummy Curve and other Sandler techniques? Check out our upcoming workshops and sign-up for one at no cost to you. Here's a link to our Eventbrite page, where you can find a workshop on a date and at a location convenient for you.. Be sure to use the Promotional Code: CrashAClass to attend free of charge.